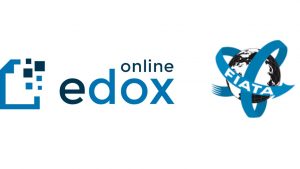 Exciting news for Global Trade! The Arab Bank, together with FIATA, edoxOnline and CargoX have launched a Proof of Concept to test the transfer of an eFBL between Arab Bank’s Clients using different eBL platforms, providing a secure environment to transfer the document together with the title of the goods. The eFBL, represented as an NFT will be transferred from the Seller’s eWallet to the Buyer’s eWallet, triggering the payment automatically.

The 59th FIATA World Congress 2022 in Busan, Republic of Korea, which was delayed by two years due to the pandemic, marked a huge achievement in the next FIATA chapter after the Reset Programme, initiated in 2019 shortly after the FIATA World Congress in Cape Town. In this chapter FIATA has made the most significant achievement of its history with the roll-out of the paperless FIATA Bill of Lading.

Korea is the largest user of the FIATA Bill of Lading (FBL), and FIATA is leading the way in the sector digitally with Korea evidently well on board, which will also help their market to grow. The mutual connection of the two makes this year’s World Congress all the more important. The press conference of 15 September in Busan noted the importance of FIATA in policy development and the furthering of the digital field within the sector. FIATA today, in the second Congress Press Conference, also announced that a total of 15 software providers have now been onboarded with FIATA for the implementation process of the eFBL, with 8 National Associations having signed the Distribution Agreement to allow members to start using the eFBL.

In recent months, in the aftermath of the launch, FIATA has made significant steps forward, having been approached by a major international bank, Arab Bank (Switzerland) Ltd, who will work with FIATA on the future of trade flows, proving the interoperability of the eFBL, using blockchain technology to unleash global connectivity between freight-forwarders, logistics providers, software companies and financial institutions. Arab Bank, together with FIATA, CargoX and edoxOnline have launched a Proof of Concept which will test the transfer of an eFBL between two customers of the bank, using different eBL platforms, with the Bank as an intermediary, providing a secure environment to transfer the document together with the title of the goods. The eFBL, represented as an NFT (non-fungible token) will be transferred from the eWallet of the seller to the eWallet of the buyer, triggering the payment automatically.

This is a first, but major step in a series of efforts needed to create the ecosystem that will enable a fully digital supply chain. The final phase of the POC, with a full test transaction, is planned to take place in mid-October. Stay tuned for more information then.

The Congress has also been an opportunity to reaffirm, consolidate and strengthen its mandate to the FIATA HQs advocacy efforts calling for a level playing field, and to reform and ensure regulatory coherence to address the maritime crisis. This is done by means of a resolution passed by the Extended Board, which reflects a wide representation of the FIATA Membership with respect to geographical structure and notes the importance of international forwarding as per FIATA Statutes Art. 5.4.1.

The resolution seeks reforms that provide regulatory clarity on antitrust laws governing the shipping industry. Regulators globally need to monitor the extent of data sharing and coordinated activity in alliances and consortia and ensure they are confined to port-to-port activities, so that competition arrangements for vertically integrated carriers do not pervade sectors where they are not intended to apply. The effect of regulation needs to be monitored periodically via a set of key performance indicators acceptable to all actors of the maritime supply chain to determine if it remains fit for purpose. FIATA also seeks a regulatory framework early on, about the transparency of charges and to ensure equitable cost sharing in the efforts of the maritime industry to become carbon neutral.

This effort is timely as the EU Consortia Block Exemption Regulation review is underway and the clarity provided by FIATA’s Presidency and Extended Board will guide FIATA’s global response and support to regional initiatives.

This year’s Congress also marked the announcement of the 2022 Young Logistics Professional Award Regional winners, with an award ceremony taking place at the Closing Ceremony. On the final night of the Congress, Friday 16 September, the global Young Logistics Award will be announced, with the winner being announced in a separate press release. It was the first time this year that the Congress saw a full-day programme for young logisticians, with a dedicated programme allowing young professionals to hear from experts, educators and mentors in the logistics sector. This was an important endeavour for FIATA, who continually strives to shine a light on the next generation and attract a young audience to the freight forwarding community.

FIATA International Federation of Freight Forwarders Associations is a non-governmental, membership-based organisation representing freight forwarders in some 150 countries. FIATA’s membership is composed of 113 Associations Members and more than 5,500 Individual Members, overall representing an industry of 40,000 freight forwarding and logistics firms worldwide. Based in Geneva, FIATA is ‘the global voice of freight logistics’.

Click on the following link to learn more about edoxOnline.

Our online Demo takes 30 minutes and provides an overview of edoxOnline main features, functionality and the benefits of digital collaboration. 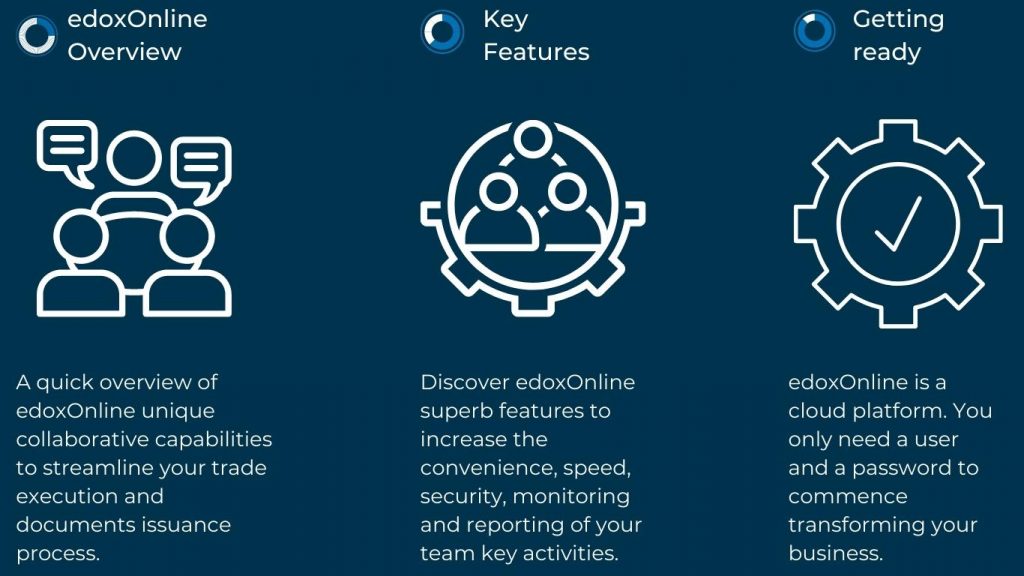